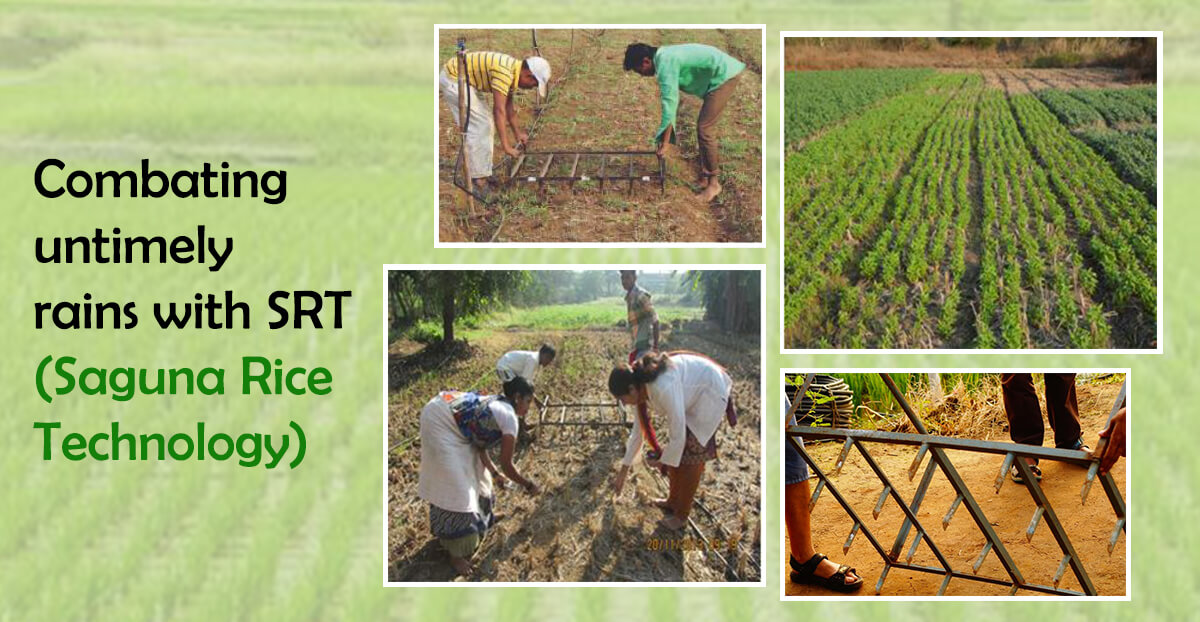 When we think of farming, the first thing that comes to our mind is the use of bulls and tractor to plough the land; but according to soil science, ploughing is the biggest enemy of the land and farming business. Ploughing the field even once harms the microorganisms present in the soil and it is as harmful to them as fire, floods or an earthquake. The farmers should adopt new thought of zero tillage technology instead of ploughing the field. Modern technology makes this possible. Our land will be more fertile only if we stop ploughing. The soil is considered to be fertile when the organic carbon present is 1%. Today the organic carbon level in our country has reduced to 0.3% to 0.4%. The SRT Zero tillage technique is easy, assured, and the best solution to increase the level of organic carbon.

S.R.T: This technology prohibits ploughing of mother Earth, thereby stopping the soil erosion, thus encouraging the natural production of earthworms in the soil, raising the organic carbon level and the yield. Thus, making the farmer happy and confident. That is how “SAGUNA RICE TECHNOLOGY ” ( S.R.T) is useful for all types of crops.

What do the farmers say having adopted to S.R.T Technology for several years:

S.R.T is likely to become the most stable carbon model in the world, and once it is proven, the farmers are likely to get increased financial benefits (carbon cheque).

To use the S.R.T technique, permanent raised beds should be made on the land by ploughing it only once. Ploughing, puddling( for rice fields), hoeing and de-weeding etc. is not necessary for the next twenty years. Repeated ploughing is not essential after each harvest. There is no need to uproot the previous crop, and it should continue to remain below the soil. With the help of the S.R.T mould (iron forma), holes are formed in the raised beds, and new seeds are sowed. For detailed information, please visit www.zerotill.com. You can also type SRT rice plantation on YouTube.

The S.R.T technique has raised the fertility of the soil, thereby increasing the feasibility of perpetual production, making the farmer capable and self-sufficient, in this era of constant changes in weather in the form of untimely rains, floods and famine.

The contact details of farmers using the S.R.T method of farming from the last 3 to 5 years is given below.

I) Raigarh and Thane Division